Earlier today while I was on the phone I heard my dog Toofis making more of a ruckus than usual in the backyard. I peered out the window and saw something like this: 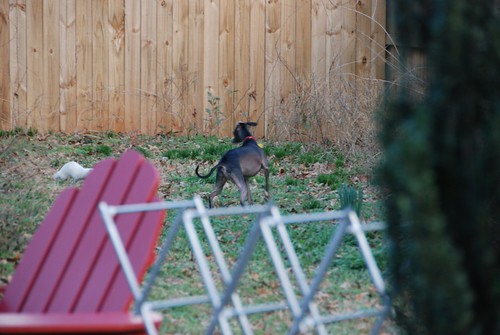 When I put the phone down, got Toofis inside, and took a closer look, it turned out it was this: 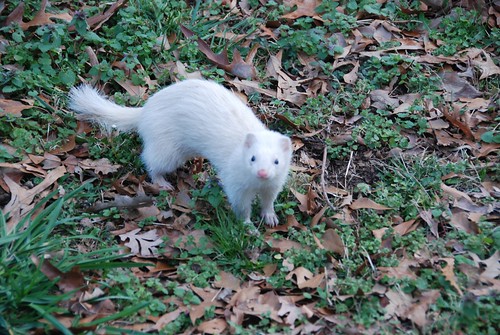 Aww. My neighbor across the way helped me identify it as an albino ferret. As I’m pretty sure they’re not indigenous to my area, I’m pretty sure it’s a lost pet. We’re getting the word out and already have a lead or two on who the owner might be. And in the meantime, another of my neighborhood friends has volunteered to foster it. I have really great neighbors.

Here’s the full Flickr set from the afternoon. Anyone have a good idea for an interim name for the little fuzzball?

Update: I’m very pleased to report that we’ve lined up both a foster home and a potential permanent home for little Afton/Spiderwoman/Whitey/Mrs. White, assuming no one comes forward to claim her as theirs. Since the initial discovery we also discovered this Craigslist listing from February 3 reporting what has to be the same ferret found. I have a feeling the original owner no longer wants it.