What's the oldest digital camera photo you have on your computer? When is it from? Let's see it!

Wow, turns out it was August 24, 1999. From a company outing for Circle.com (formerly Circle Interactive, formerly Arnold Interactive, formerly PSK01, then eventually EURO RSCG Circle and also Beam). I think it was my idea to make my team in the scavenger hunt wear these lobster bibs on our heads. It's uncanny how people do what I say sometimes. That's Jeff, with a gin and tonic in a plastic cup. The baseball bat is for effect. 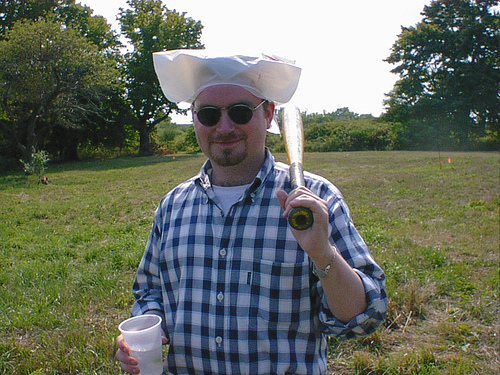 What was our team name again?