I’m dragging this morning, so just a brief check-in. BarCamp Atlanta went on to the wee hours, in to the morning, and we’re now on day two. So far in a very condensed period of time I’ve heard interesting talks on OpenID, Merb, Web Comics, Second Life, Amazon FPS, and Facebook Apps. I’ve learned about at least two user groups/meetups I’ll now be attending, and met a bunch of people I’ll be keeping up with from now on.

Some people left last night, some, like me, slept on floors of conference rooms or in hallways, and some never went to sleep at all. 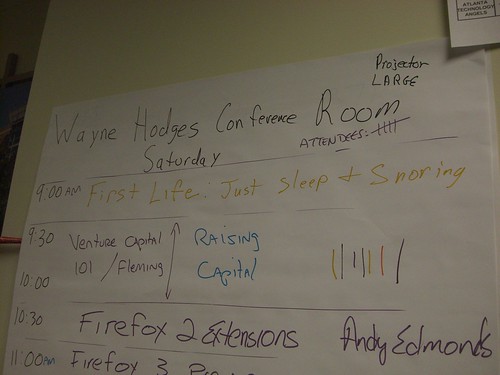