It’s been a minute. I’ve been clearing out the dust and cobwebs around here, and boy were there cobwebs. I’m still working on things behind the scenes and deciding on theme direction.

This is a test post but assuming it works, I’ll keep it around to let you know I plan to publish here again soon.

I’ve recently gone from working mostly out of my house to working daily at an office anywhere from 20 minutes to an hour away depending on traffic. Shortly after that transition, I decided to upgrade my in-car experience. I’m a huge Sirius/XM fan, and a Waze user, a needer of bluetooth, and an Apple user, and I also figured it was time to see what Apple CarPlay was all about. After a bunch of research, it looked like no one really handles Waze integration well yet. There are middleware platforms that will display it on your head unit but not let you control it, and that sucks. Pioneer has a car app experience (AppRadio) that includes Waze, but everything I read about it says it’s laggy and buggy enough to be unfun and, again, you’re not entirely controlling it from the head unit. So I figured I’d do pass-through audio on the Waze and go with what looked like the best CarPlay head unit for my price range – the Pioneer AVH-NEX4000. I’ve been using it for several months now, and given the current state of the industry I’m happy with it on balance. But I’m ready to start rounding up my observations on its quirks, whether they’re specific to CarPlay or just to the Pioneer tech. This will be fun to read in a couple of years, I hope, after CarPlay becomes a much more supported and evolved platform.

There will be more quirk reporting as I remember/think about more quirks.

Back in the day, many of us would share slightly annotated lists of useful or thoughtful links we’d found. Then Del.icio.us came along and made a community out of that. Then Del.icio.us got swallowed up and disappeared. There were others for a while. Pinboard.in is fantastic, but deliberately not social like Delicious was. I’ve always hoped that Tumblr would evolve into something that could be a visual and persistent (and well structured) archive of finds, but that doesn’t look like it’s in the cards. The closest thing around today is Pinterest, but that’s really not about well structured archives of useful information – the ever growing Costanza wallet. So until I figure out how to get that in 2015, I’m going back to sharing lists of links with some annotation around them. If I can get this going, maybe I’ll also go back to my curated “heh” lists.

All I’ll say about the type and selection and curation sensibility here is: if you’re in to some of the same things I’m in to, professionally and personally, then you’ll find some value here from time to time.

I only updated Facebook at the time. The shame. Note: This was originally published and sent out on The Listserve, on 10/8/2014, while I was off getting married. The response emails brought me a ton of joy. I’ve promised to share some more thoughts on the below, but haven’t found the time yet, so first I thought I’d publish that story again in its entirety as it ran. If you aren’t signed up to participate in The Listserve, do it now.

With all due respect to the brilliant Langston Hughes poem about racial and economic inequality, in other contexts a dream deferred isn’t always so bad. This is a story about bottling up something you are so passionate about that you might not be ready for in an earlier time in your life, only to revisit it years later to satisfying ends.

Throughout middle and high school, I studied flute. Most of the music I was interested in was composed and played on trumpets, pianos, saxophones, trombones, but not so much flutes. So I drew my ear training and inspiration from the greats that played other instruments. It’s the usual suspects for a teenage jazz fan – Miles Davis, Thelonious Monk, John Coltrane, Charlie Parker. I also listened to flute players like Herbie Mann and Yusef Lateef, but their recordings were few and far between.

When I got competent enough to improvise, I’d have all of these licks in my head that Iâ€™d memorize from the greats – Parker’s fluttery runs that would make your heart leap out of your chest, Monk’s inexplicably dissonant but melodic passages, dark, brassy riffs from Miles. But when I tried to replicate them on the flute, they’d sound incredibly corny. The notes were right, the feeling in my head was right, but what it sounded like coming out of the instrument was all wrong. Saccharine. It’s not what I wanted to sound like.

I don’t know why I stopped playing the flute in high school. In my back-narrative, it’s because I could never get it to sound like what I wanted to sound like, but it could have just has easily been because of the social stigma of a dude playing jazz flute in his mid-teens in a city and a school that’s not really about that kind of music. Or maybe I just got into girls and that was that. Whatever the reason, I stopped playing flute and didn’t pick up another instrument for over 20 years.

Then on my 39th birthday I remembered that I’d always wanted to play the trumpet, but was always worried I wouldn’t be able to pick it up. It had seemed like such a different instrument, and so hard to make so many notes out of just three keys. I can’t say that I’d consciously thought about it much in the intervening years, but for whatever reason I’d long since put it away as something I’d just never do.

On that day as the notion emerged in my mind, all of the worries and concerns suddenly evaporated. Who cares if I’ll never be good? Who cares if I try it and then decide that it’s really not for me? Why the fuck not? If I can just learn *how* to play enough so that I can decide if it’s something I enjoy doing, then it will have been worth it.

I bought myself a beautifully restored trumpet from 1947, and have been taking lessons for the past 4 months. And I love it. Just the ability to produce a clear, resonant tone is its own reward and continues to give me a thrill. With no pressure on myself to be great or even good, practicing is a pleasure. I now routinely pack for business trips differently so that I can bring my horn with me. Making small, incremental progress is incredibly rewarding. Whereas it once would have been tedious to spend long stretches of time just focused on exercises and sound production rather than playing songs, it now feels like a gift.

I’ve got more to say on this, but for now I’ll just leave you with these 600ish words and this thought: it’s totally fine to leave some passions alone until you’re really ready to take them on.

In a rare inversion of how I typically do things (usually it’s here first, syndicate elsewhere), I’m experimenting with LinkedIn’s publishing platform and posting a story there instead of here. It’s both because there are tumbleweeds here and because I want to take the LinkedIn* platform out for a bit of a spin. You can find the story here:

Let me know what you think, either here or there.

*LinkedIn is a Voce client, though this is purely personal exploration.

I’m just thankful I still remember how to update the database and php code. 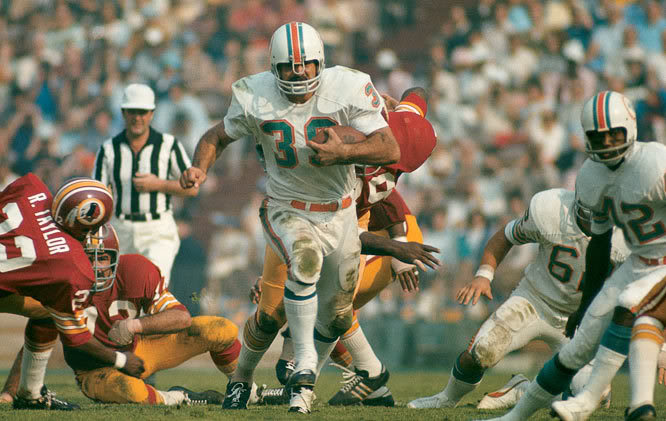 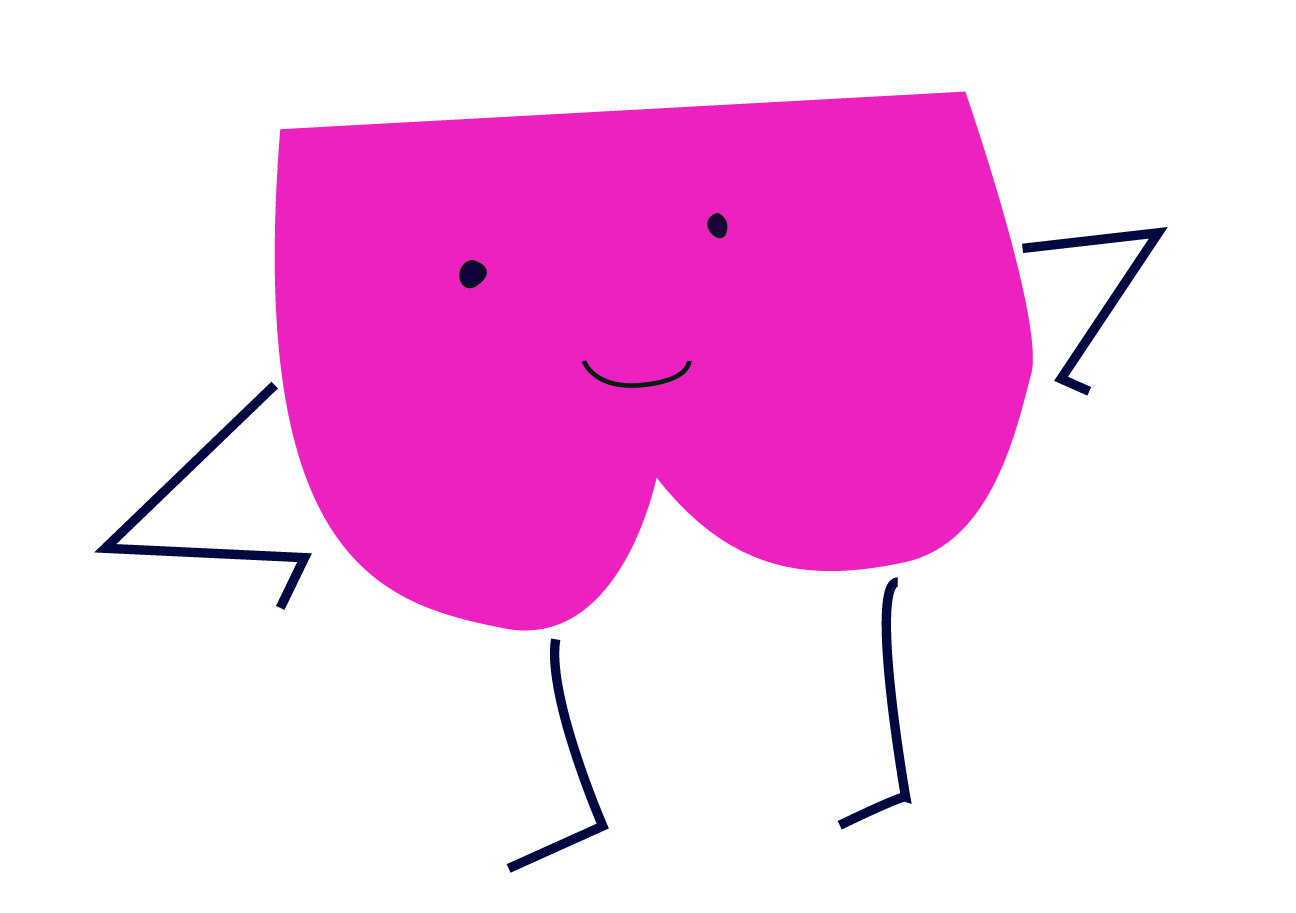 via: The Atlantic by way of @ChicagoLeah.

The fundamentals don’t change. This is a notebook I used in fifth grade to write an essay (monograph?) about photography. 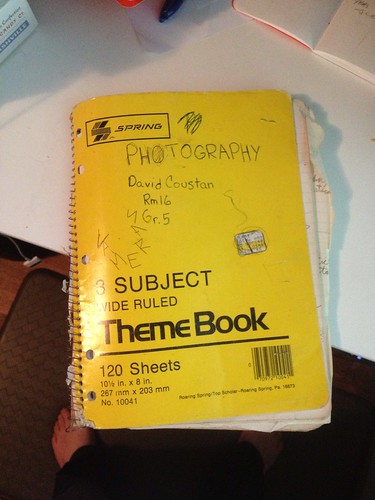 Right there on page one, they set us up for success. 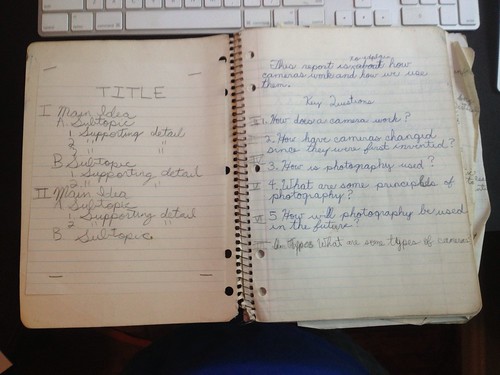 It’s all here, the outlines, the notes, the rough draft. I look forward to digging in to this, what might be the first time I followed a process like this from start to finish, something that eventually becomes second nature to anyone engaged in longer-form writing. It’ll also be fun to see my fifth grade predictions about photography.