I started to set up a photoblog-ish thing over at www.43showers.com as the future home of all of them, but that stalled  mid-birth so I'm cross-posting this one here from there. I have to apologize for not capturing the shower handle at the Austin Sheraton. It's a testament to how frenzied SXSW was that it's the first shower control photo I've missed since I started the project. Here's the Westin Pasadena: 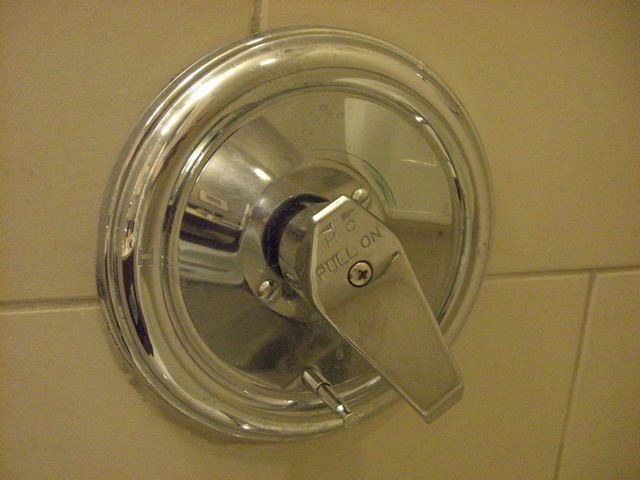 This one ended up needing to be modded. The first night I tried to use
it, the best I could get out of it was tepid water. I called downstairs
and they told me there had been a boiler outage that had now been
resolved. The next night, it was still busted so I called the front
desk again, and they sent a maintenance guy in. He had to tighten the
screw in the middle of the handle, and that took care of everything.
All in all, a pretty decent shower handle once it was optimized.